When eager loading relationships in Laravel, you can specify the columns you need directly in the `with` method 🍃 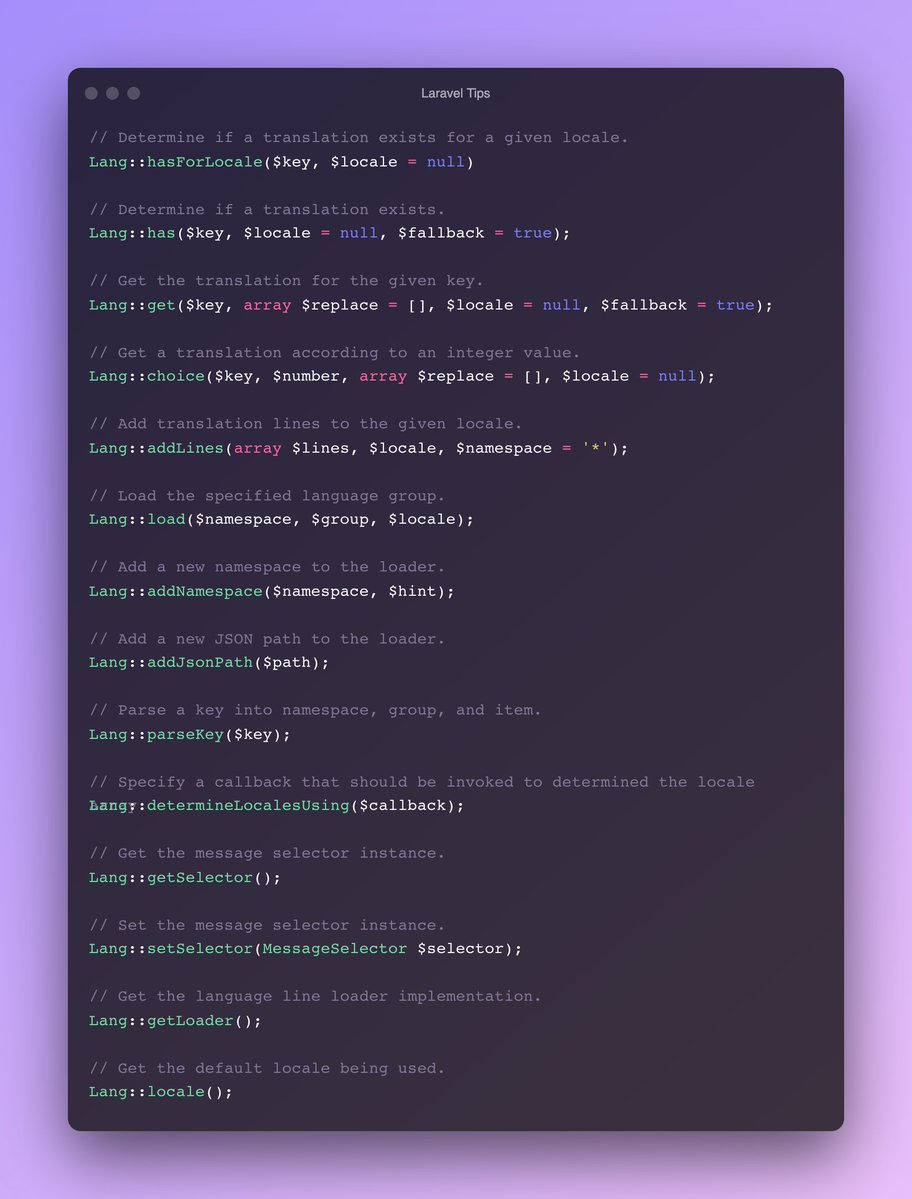 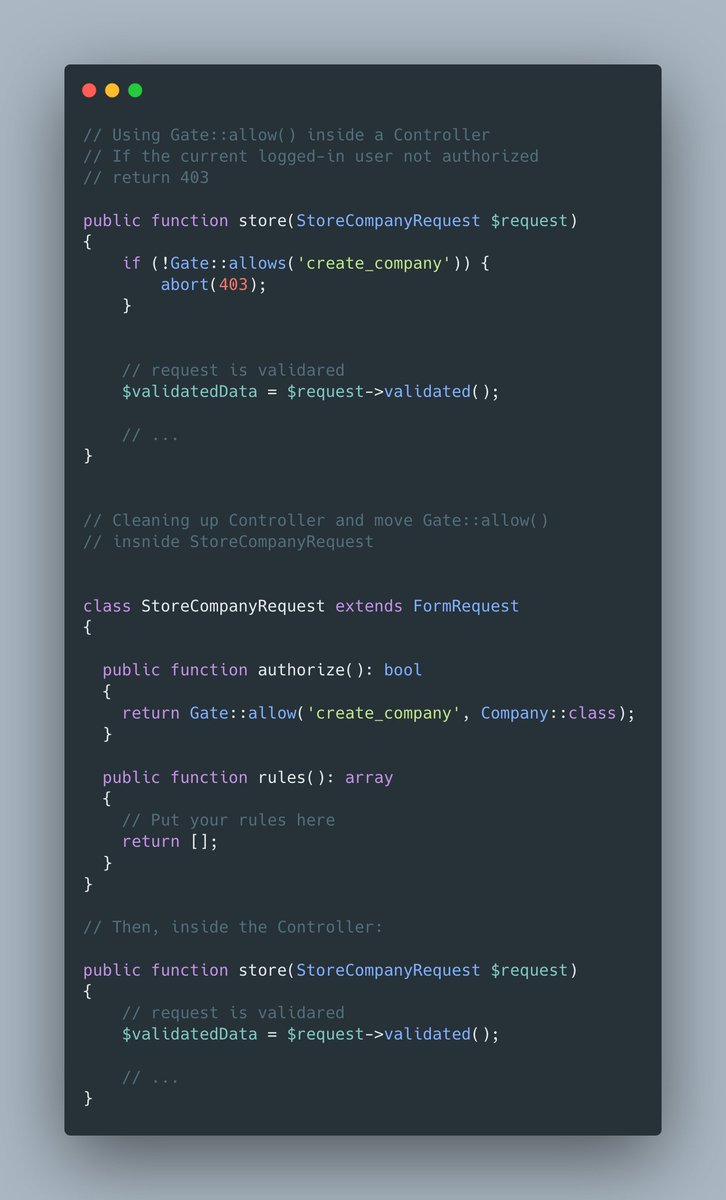 Laravel Tip: If we want to put "sensitive" data in our DB then we can use Crypt Facade and handle these using accessors and mutators. #Laravel #PHP 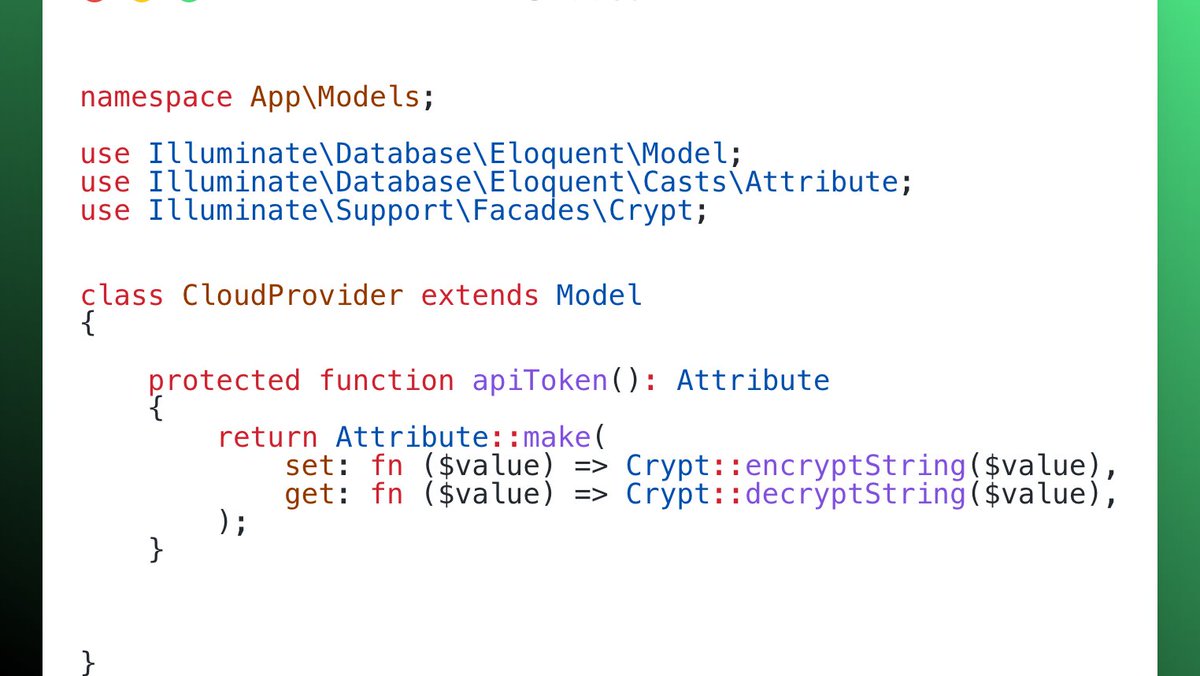 Laravel Tip 💡 Did you know you can enrich request data using a middleware? For example, resolve the user origin country using their IP and add the country abbreviation to the request. 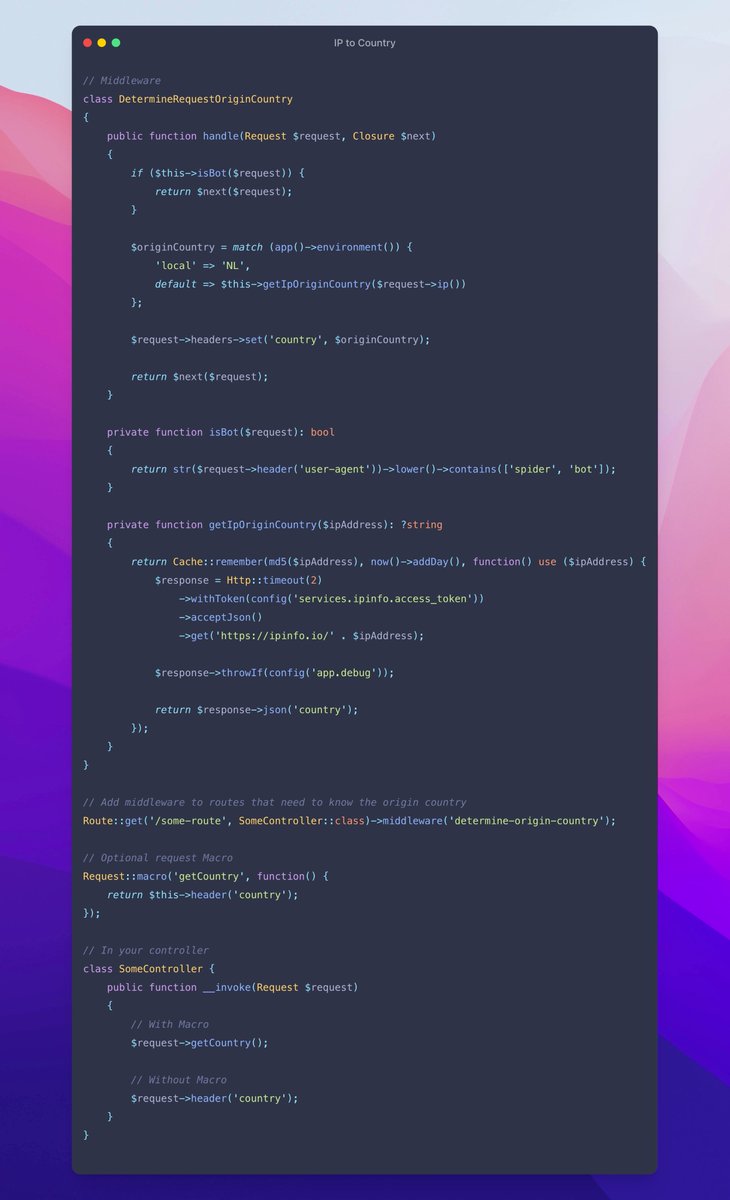 An efficient way of checking if a relation exists in Laravel is to use withExists. It performs a simple existence check and returns a boolean. By default it would return a "posts_exists" value on the User. You may alias it like in the example below to make it more readable. 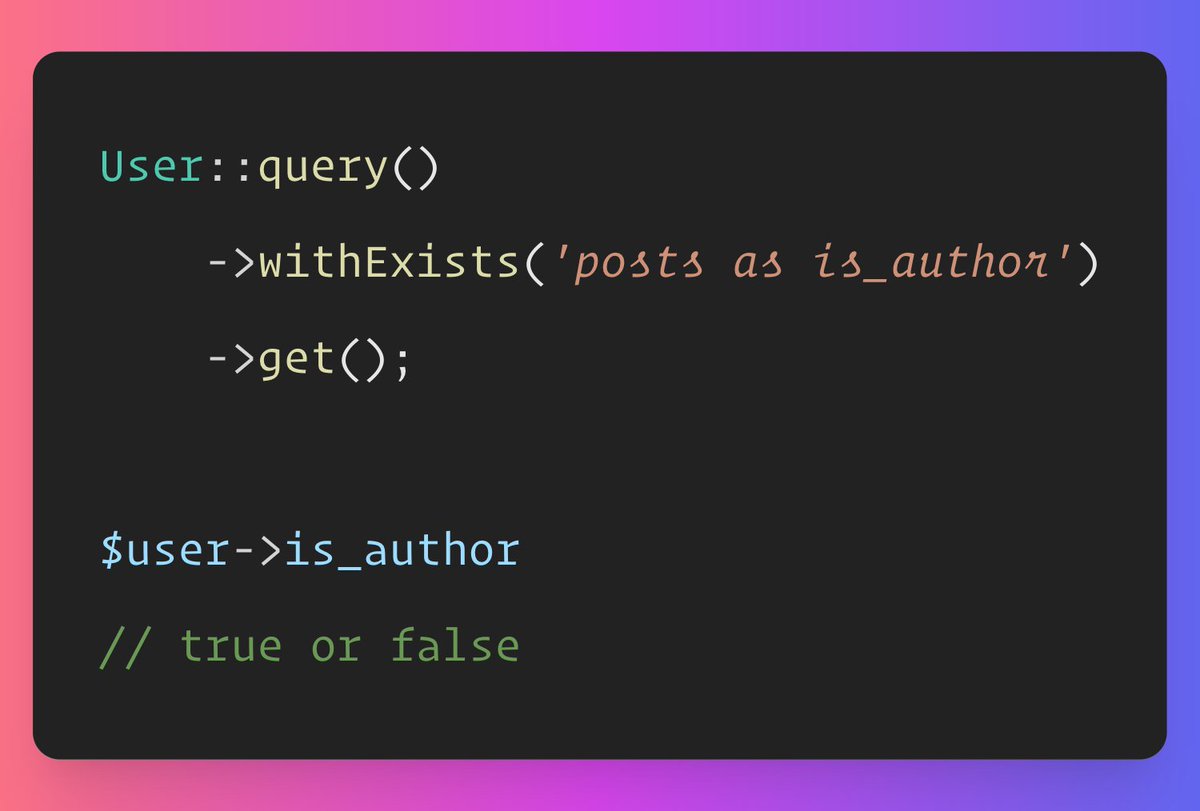 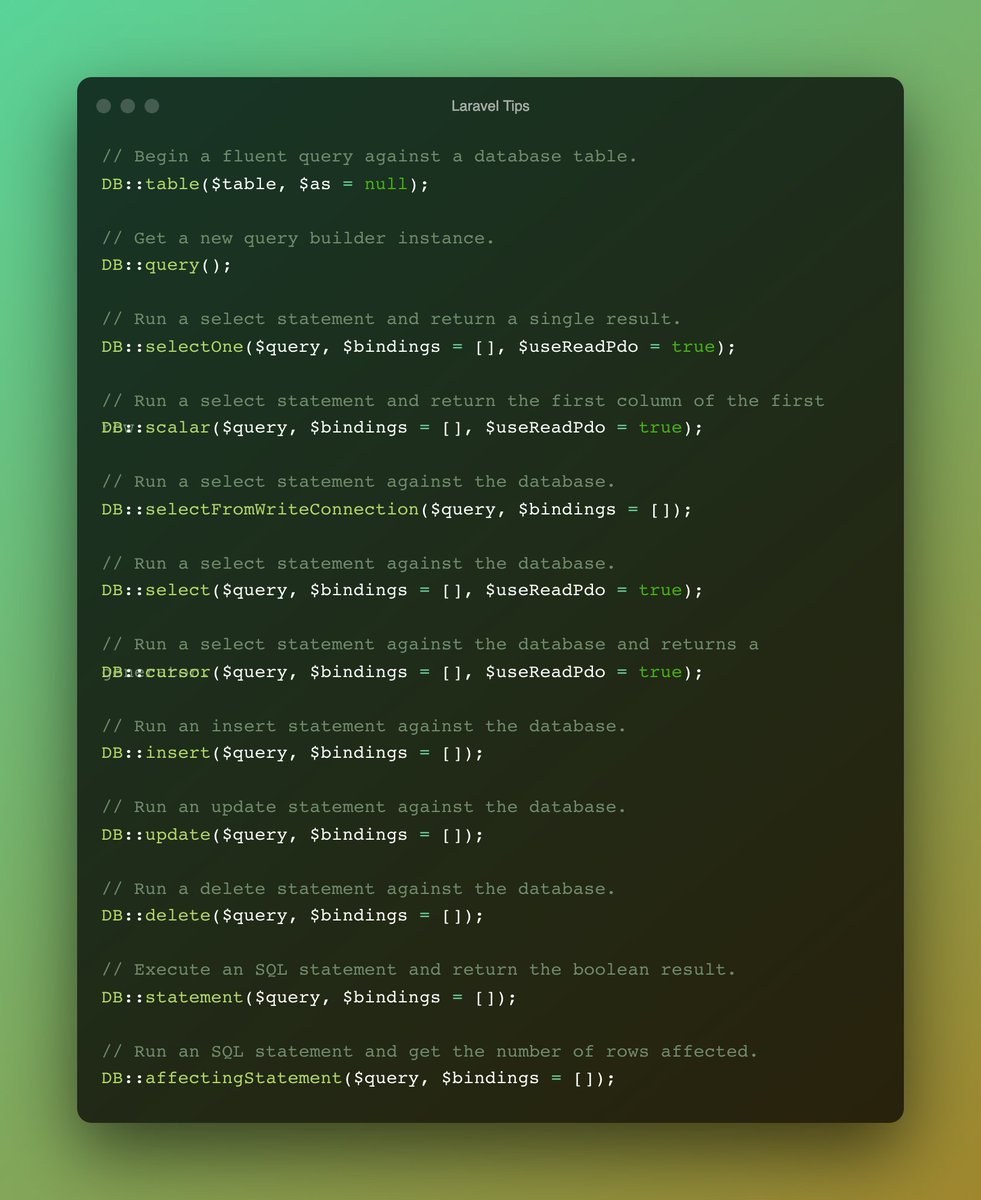 💡 #Laravel Tips of the day 😎 𝗗𝗼𝗻’𝘁 𝗙𝗶𝗹𝘁𝗲𝗿 𝗯𝘆 𝗡𝗨𝗟𝗟 𝗶𝗻 𝗖𝗼𝗹𝗹𝗲𝗰𝘁𝗶𝗼𝗻𝘀: We can filter by NULL in Eloquent, but if we're filtering the collection further - filter by empty string, there's no "null" in that field anymore. #php #backend 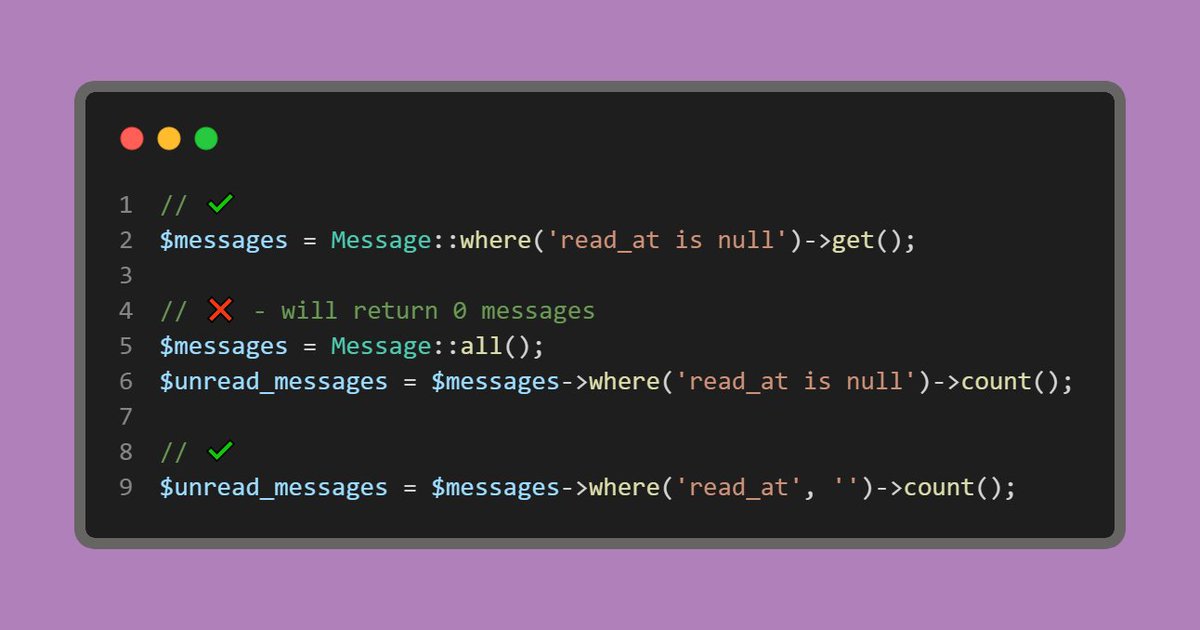 🔥 #Laravel Tip: Make use of ‘orderByRaw’ when you need to sort records in a more complex manner than simply A-Z or Z-A. Here’s an example where I sort ‘roles’ based on their level of importance (rather than their alphabetical order). 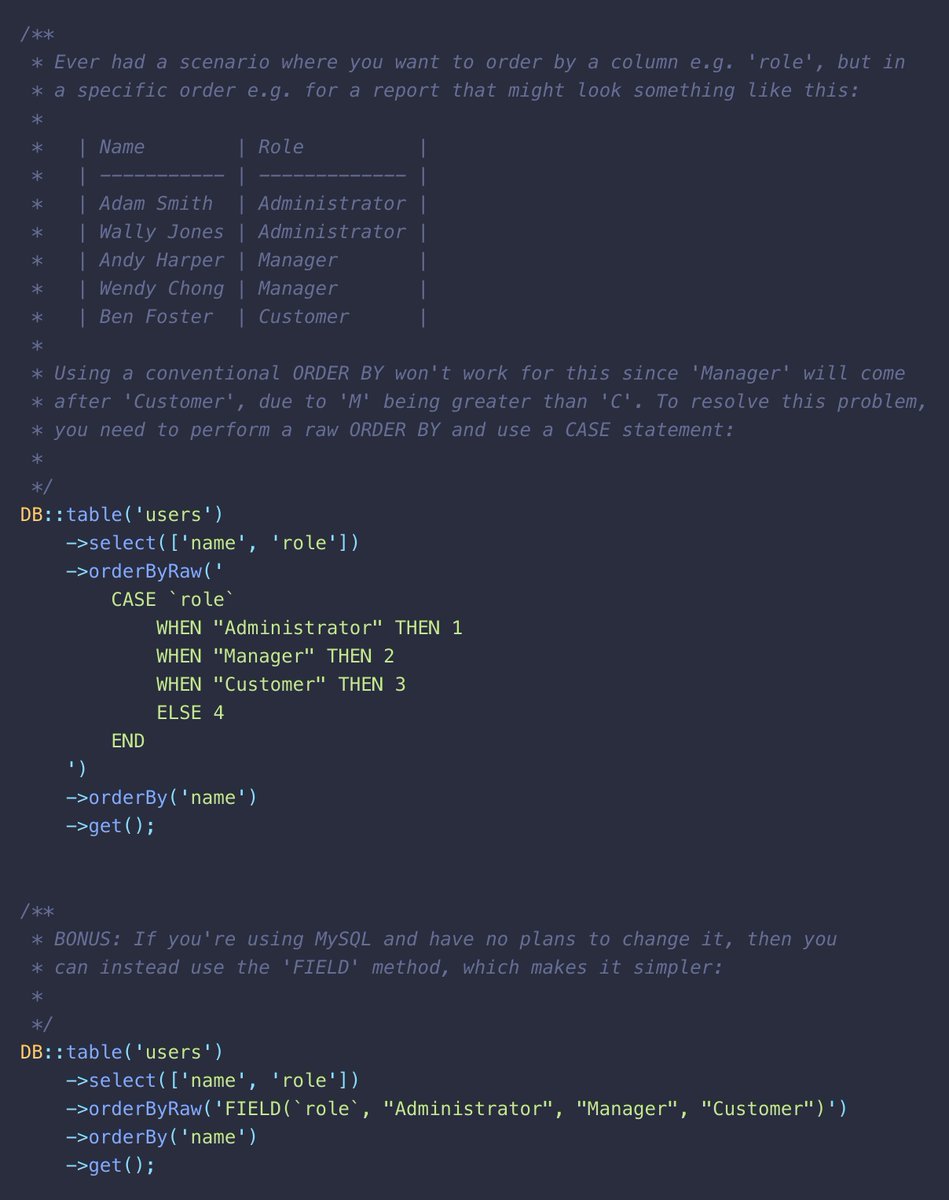 The internet is full of lies about whether Laravel can scale. Here's the truth.

In Laravel 5.1 the Command Bus was replaced with Dispatchable Jobs, we can still use them but let us also look at how to add a Command Bus.

A Complete Guide To Managing User Permissions In Laravel Apps

You are authorized to access this article! Learn how to secure your Laravel application with simple roles and permissions.

Read 20 useful tips that you can use in your Laravel projects. These tips have been built using my best-performing tweets on Twitter and cover databases, standards, testing, Artisan commands, and much more.

A minor release for Laravel 9.x dropped a few days ago and among lots of new features and improvements, this release has introduced a new method called findOr in the Eloquent Builder and Relations.

Laravel Socialite is an official Laravel package to authenticate with OAuth providers. It supports authentication with Facebook, Twitter, LinkedIn, Google, GitHub, and Bitbucket. But, what if you want to use a different driver?

Many companies have suffered due to such attacks and in this post, we would see how Laravel solves this problem without a developer breaking a sweat!